Fernand Pinal was born in 1881 at Bruyères-et-Montbérault, a small village in the heart of Aisne. His taste for drawing started at a very early age as he discovered the landscapes of the Marne River and Orxois.

An only child, he became a senior civil servant to please his father, at the same time continuing with his painting and engraving.  Pinal, a violinist and cellist, was part of an orchestra and became an illustrator of poetic and musical reviews.

Pinal also engaged in a wide range of activities as a speaker, poet, comedian, art critic and restorer of paintings. Although he also enjoyed cooking and was considered quite a gourmet, his favorite things to do were painting and engraving. Pinal was the friend of many painters such as Eugène Buland, Gustave Valérian, and Le Sidaner.

The 1st of August 1914 he was drafted into the army but was sent back to the headquarters in Laon because of his small size and bad vision. After the first Battle of la Marne every time he was on leave, he went to the Marne valley between Lagny and Meaux to paint. The many ruins in the valley were his subject for the time and critics of the day named him "the painter of the devastated region". 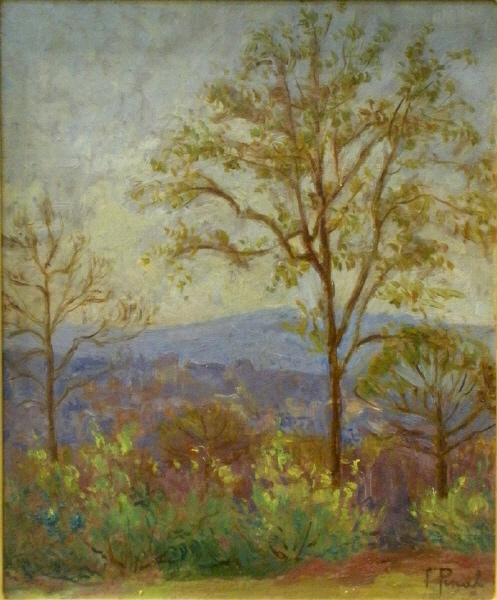