Joseph Le Tessier was born in Marseille in 1867.  His mother, an amateur artist and descendant of the sculptor Simon, saw in her son at an early age an inate faculty for the arts.  His father, an established merchant, saw things otherwise. The paternal taste for profit obliged Joseph to study business in Lyon. Armed with the necessary diplomas, he immersed himself in the business. He lasted ten years.

At 33 in 1900, he left his job and gave himself, body and soul, to painting, voraciously studying works of the painters from Lyon, Carrand, Vernay, and Ravier. His first and last exhibition took place in Lyon in 1911. It was a triumph.

During World War I, Le Tessier, his wife and their daughter Marthe, settled in Yonne, then in Voutenay, and finally, Vincennes in 1925. He painted numerous oils in small formats in the nabi model favoured by Emile Bernard and Paul Serusier.

In 1933, the Le Tessier family landed in the middle of the country in the south of Aisne in Noroy-sur-Ourcq, a a small village perched on the heights, overlooking the valley of the Ourcq. In a vital impulse, the 66 year old painter suddenly achieved triumph in an explosion of colors, and permanent fireworks! From morning till night, he walked the Orxois' paths, his painter's gear under the arm.

The painter "with the illuminated" palette died in July 1949, at the age of 82, leaving behind him more than six hundred paintings and not a penny. Three years after his death, a retrospective of his work takes place in Lyon. Unanimously, the art critics praised Le Tessier's uncommon genius. 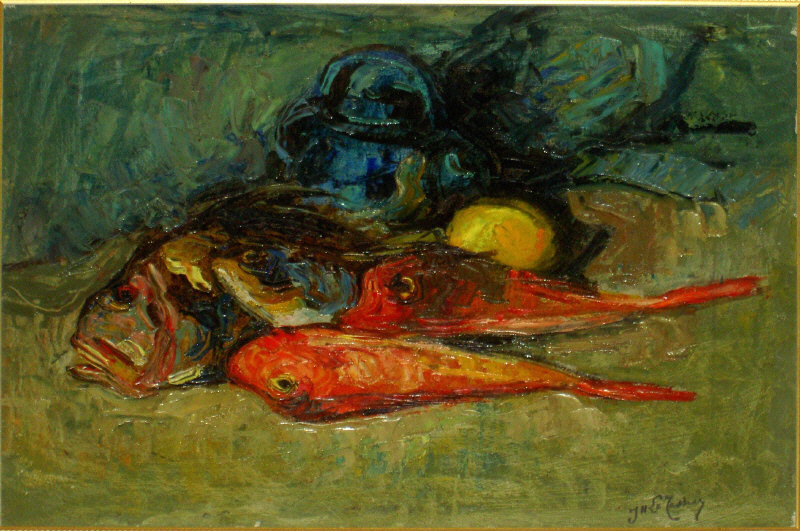