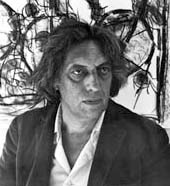 Jean-Paul Riopelle was born in 1923 in Montreal, Quebec. He studied at the Ecole des Beaux-Arts until 1944, and had his first solo exhibition in 1945. Riopelle was a member of a group of innovative writers and artists in Quebec called the Automatistes, led by Paul-Emile Borduas, which contributed to his liberal thinking in terms of artistic expression. In 1947 Riopelle moved to Paris and became a member of artists known as the Ecole de Paris, a group that included others such as Marc Chagall and Natilia Concharova.

Riopelle's earlier works reflect the Surrealist movement and later his style is reflective of Abstract Impressionism. He is one of the leading exponents internatinallyof non-figurative painting in general and of tachisme or 'action painting' in particular. Riopelle became a Canadian art world icon and received the Order of Canada in 1969, and he died in 2002. 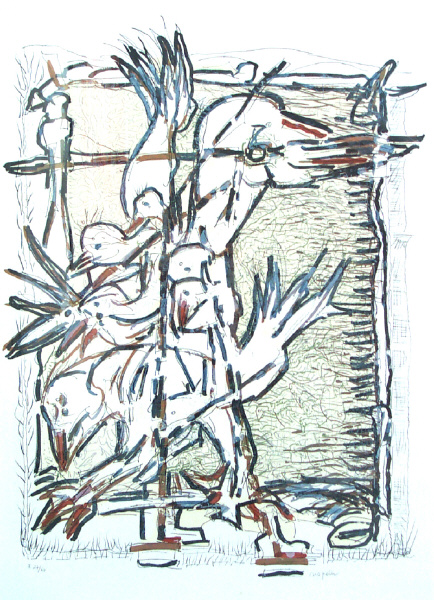 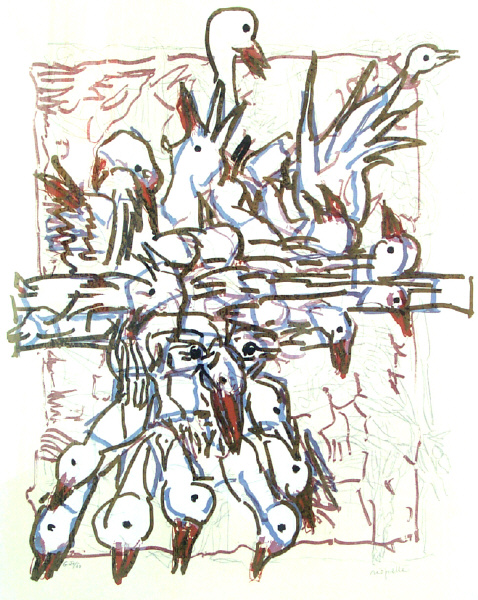