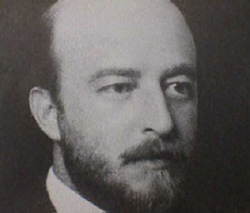 1865-1924 James Wilson Morrice, born in Montreal. Attended the University of Toronto, 1882-1886, then studied law at Osgoode Hall, Toronto, 1886-1889. Turned to painting and went to Europe in 1889 or 1890. In Paris he studied at Julian's and with Henri Harpignies and was influenced at first by Whistler and Puvis de Chavannes. Worked in Paris during most of his life and knew Charles Conder, Sickert, Maurice Prendergast, Robert Henri, Matisse, Marquet, &c. First visited Venice in 1896-1897 with Maurice Cullen. Returned periodically to Canada where he skethed with Cullen and William Brymner in Montreal, Quebec, and along the St Lawrence. Exhibited at the Canadian Art Club, Toronto, 1907-1915. R.C.A. in 1913. Painted with Matisse at Tangiers, 1911-1912, and 1912-1913, and later with Marquet in Algiers. Painted in France for the Canadian War Memorials, 1918. Painted in Paris, Brittany, Normandy, Holland, Belgium, England, Provence, Venice, Spain, Corsica, North Africa, Cuba, Jamaica, and Trinidad. Died in Tunis. A pioneer of post-impressionism and of 'pure' painting, he had an important influence on the later development of Canadian painting.