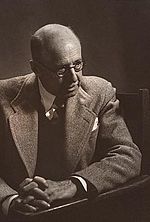 1886-1967 John Goodwin Lyman, was born at Biddeford, Maine, and brought to Canada as a child. Went to Europe in 1907 and studied with Marcel Beroneau in Paris; at the Royal College of Art, London; and at Julian's in Paris. Pupil of Henri Matisse; a friend of Per Krogh, Matthew Smith, and Morrice. Returned to Canada in 1913, but his exhibitions were not well received. Travelled and painted, 1919-1931, in France, North Africa, Spain, the West Indies, and Bermuda, then returned to Montreal. Founder of the Contemporary Arts Society, Montreal, 1939, and has had a decisive influence on the development of the Montreal School since that time. Associate professor of fine art, McGill University. Lived in Montreal. Author of a monograph on Morrice (1945).