A natural artist,  Humphrey wanted to be a painter from childhood. In his early 20s, Humphrey went to Boston to study under Philip Hale at the Boston Museum of Fine Arts and then enlisted at the New York National Academy of Design where he studied under Charles Hawthorne.

In 1929 Humphrey travelled to Paris where he studied under Cubist painter André Lhote. From there he went to Munich where he spent 10 weeks studying modernist techniques under Hans Hofmann. He finished his time in Europe studying the old masters in museums in Italy, Netherlands and Belgium.

Humphrey returned to Canada at the beginning of the Depression. In St John employment was scarce and many people were homeless. These local scenes of poverty and desperation became the topic of Humphrey's paintings. His became known for his portraits capturing the character and inner emotional states of his subjects, and for his regional paintings of the local harbours, streets, and landscapes around St John.

In 1933 Humphrey travelled across Canada to many cities including Vancouver, Montréal and Toronto exhibiting with the Canadian Group of Painters. It was at this point where Humphreys work started to become nationally recognized. In the years after 1933 his reputation grew rapidly as he steadily obtained commissions and sold work nationally. Humphrey travelled extensively exhibiting and working internationally, returning to Europe during the 1950s where his work took on more of a modernist abstract style.

At the end of his career Humphrey was widely recognized across Canada as one of the best painters of his time. He was a member of the Eastern Group of Painters, Contemporary Art Society, Canadian Group of Painters, Canadian Society of Painters in Watercolour, Canadian Society of Graphic Arts, and International Association of Plastic Arts. He was also a fellow at the International Institute of Arts and Letters. In 1951 he was awarded an honorary doctorate from the University of New Brunswick. 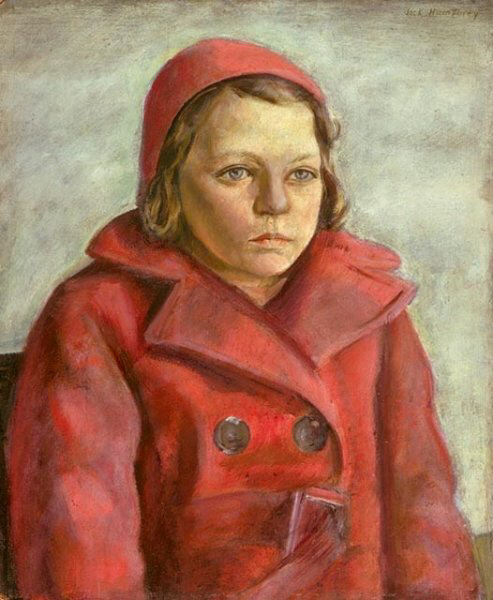 oil and tempera on masonite

Owned by the National Gallery of Canada