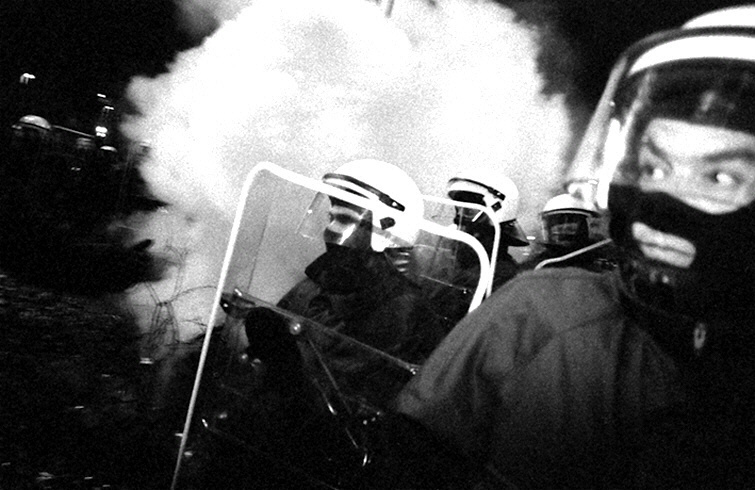 Since it's inception in 1935, the Vienna Opera Ball (Wiener Opernball), regarded as one of the most decadent events on the planet, has been taking place on the Thursday preceding Ash Wednesday. The event, held in the Vienna State Opera house, plays host to Austria's high society, invited celebrities, politicians and business elite from around the world. Since the conservative Bavarian minister F. J. Strauss' visit to the ball in 1987, the streets surrounding the Opernball have become a platform for public protest, a tradition now known as "Opernballdemo". The marginalized groups come together to protest and voice a wide range of socio-political concerns.

During the Wiener Opernball, several blocks surrounding the State Opera House are barricaded from the public, lined by police adorned in riot gear and dogs. There are several areas where one finds the encroachment of public space, whether it be the emptied streets surrounding the event that act as buffer zones between protesters and party-goers, or the barricades that divide, disperse, and strategically funnel opposing crowds, allowing an exclusive community into the state funded Opera House.

In 2004, I was witness to the Opernballdemo, where the public protested the Ball and its socio-economically exclusive rituals. I am interested in the relationship between the police and protesters. As the protests progressed through the streets, the police became a veritable moat, insulating the voices of the protesters. The protester's frustration is redirected from those who create the barricades to those that are paid to protect the barricades.

One begins to see similarities in the rituals and formations of the two parties: police lines move and divide the protesting crowds as debutants, initiating into high society, glide through another linear crowd. Protesters grow restless by instances of dispersion and violence, while the command "Alles Waltzer" signals another crowd to begin their waltz – circular formations. Protesters struggle with the police, engaging in a back and forth dance for city blocks – bodies collide in circular rotations. Step, step, turn… 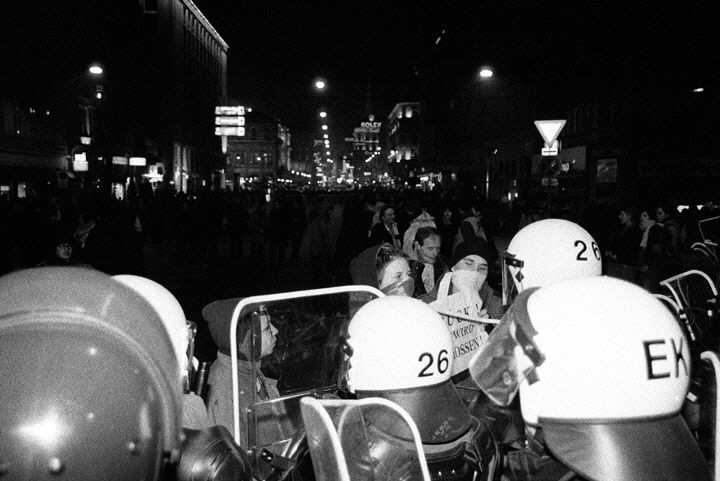 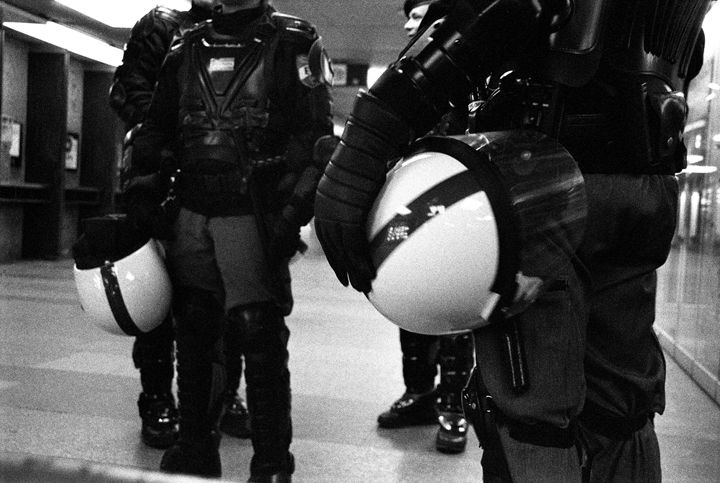 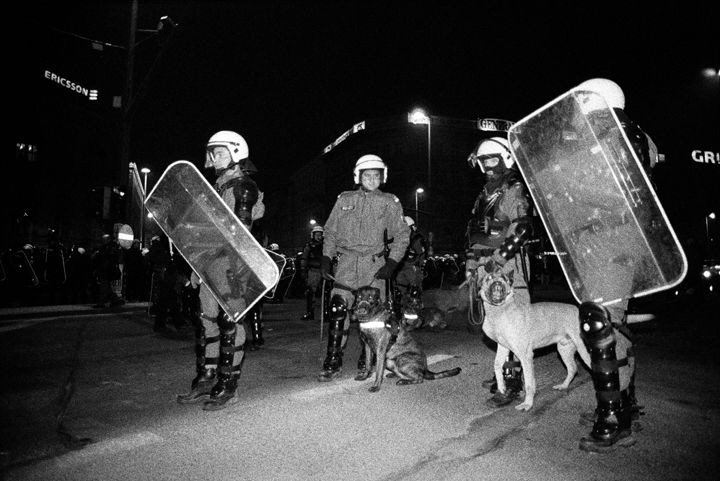 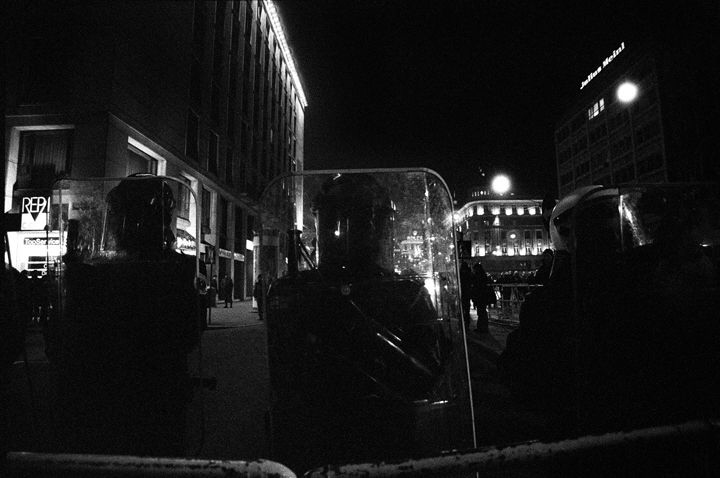 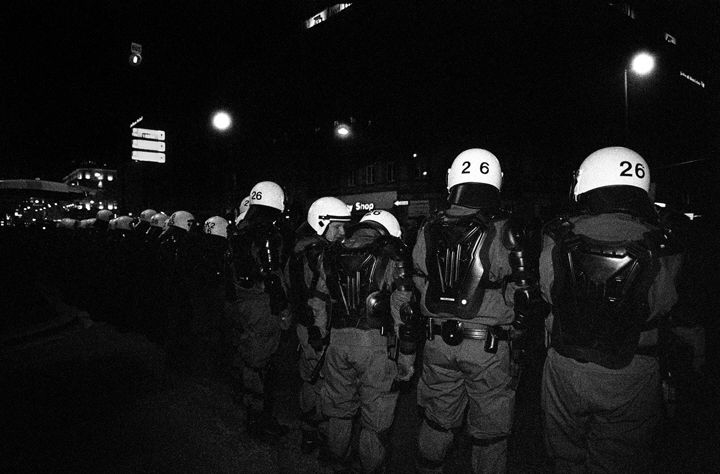 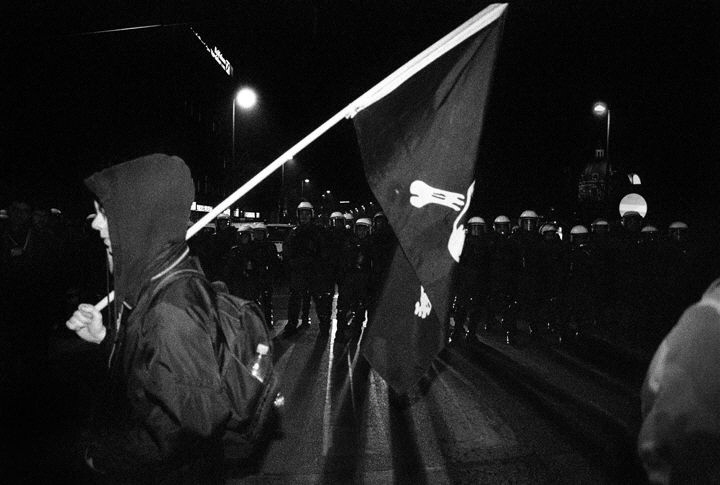 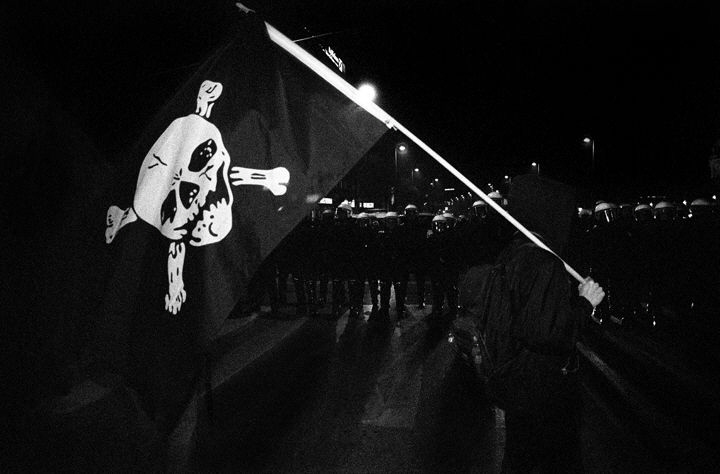