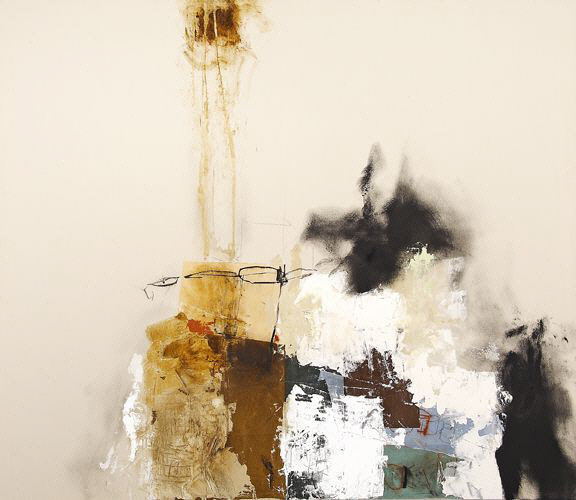 New paintings as well as paintings from a previous series, Peintures, are combined exclusively for this exhibition. Many of the formal aspects and experimentations found in my current practice are well represented here. These elements have their roots in two other past series: Chronochromies and Barbeaux sur fond gris et jaune.

Olivier Messiaen's lavish music set the tone for the creation of many pieces found in the Chronochromies series dating back to the Fall of 2006. Many works were produced for this series and some in very large formats. Composed in an unbridled manner and completely filling the void of the canvas, they were exuberant like Messiaen's music.

Following this lengthy and pleasurable struggle with painting's material nature, I felt that my work needed to catch its breath. A new area of pictorial investigation began and gradually led to the production of the Barbeaux sur fond gris et jaune paper series. It is the prevalence of the backgrounds in these collages and mixed media techniques of more minimalist compositions that paved the path to the Peintures and Plénitude du vide series.The shapes became much more delimited and minimalist, as if they were floating in space.

Using the raw surface of the canvas, I seek to interrogate the impact of the background (as previously used in the Barbeaux) on the viewer's perception and reading of pictorial work. Through this investigation, I intend to question the relationship between shape and form. 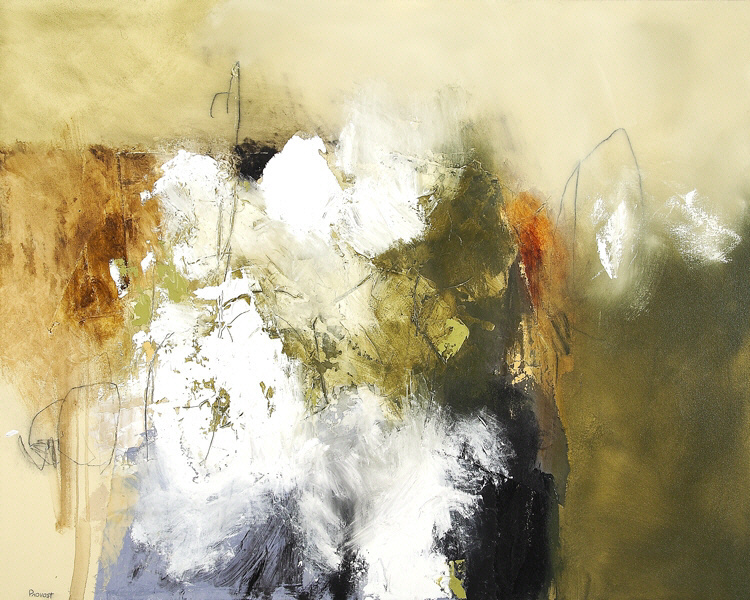 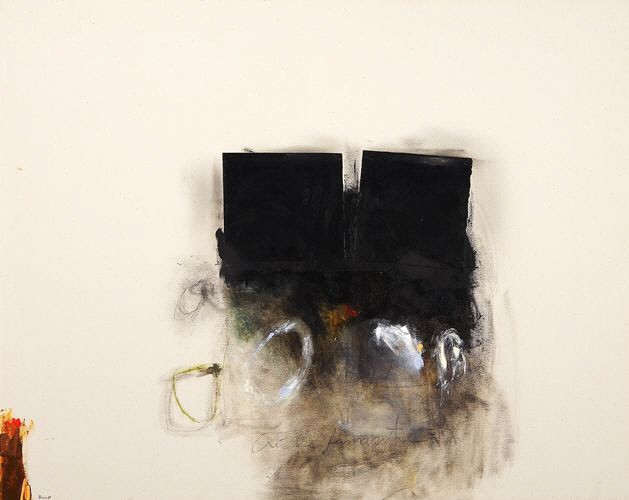 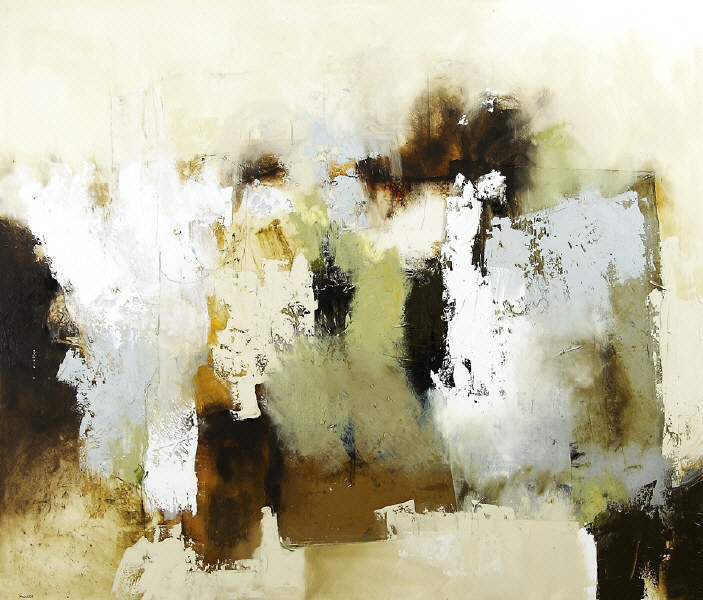 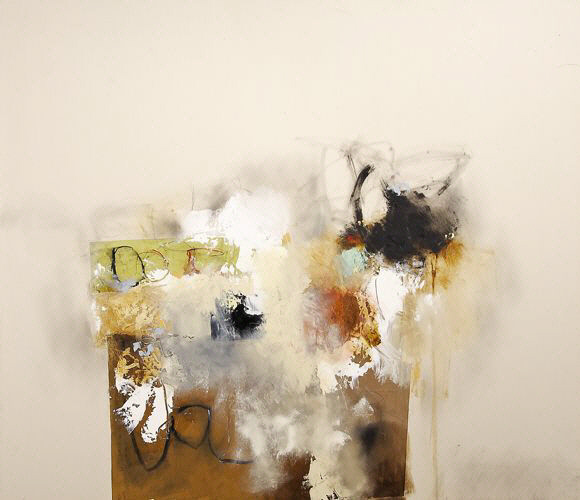 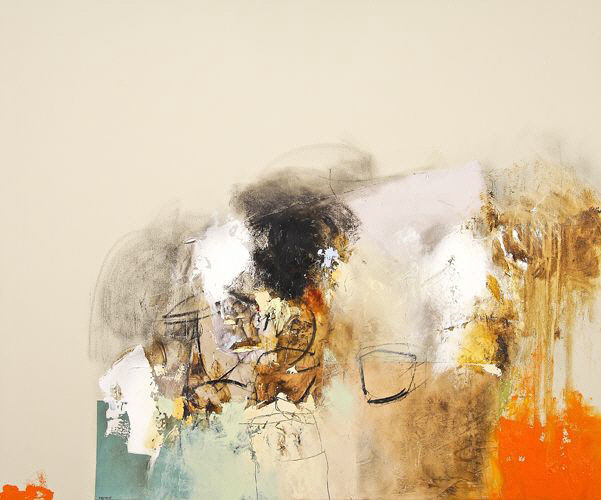 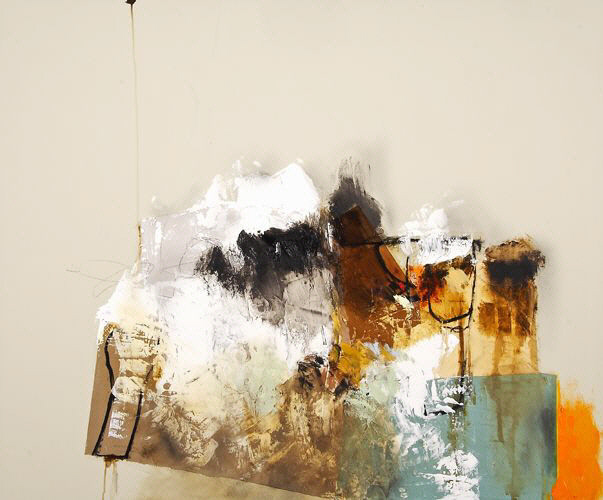 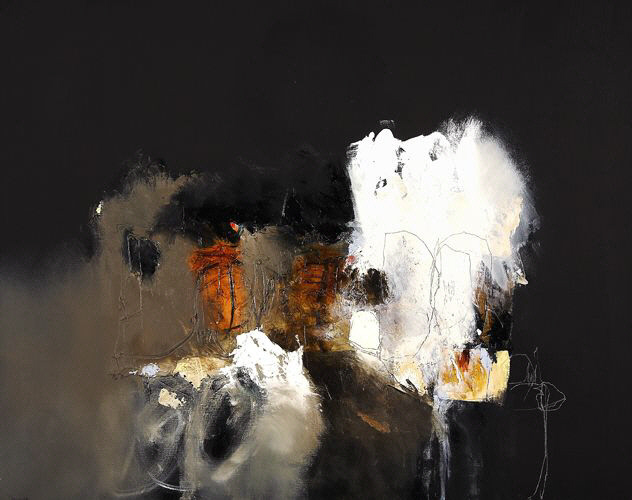 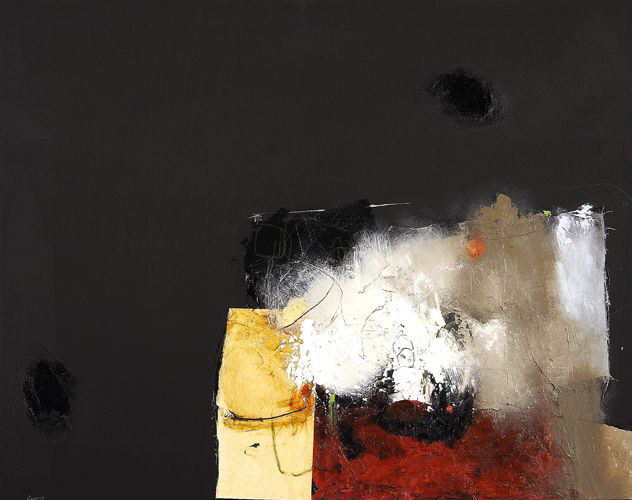 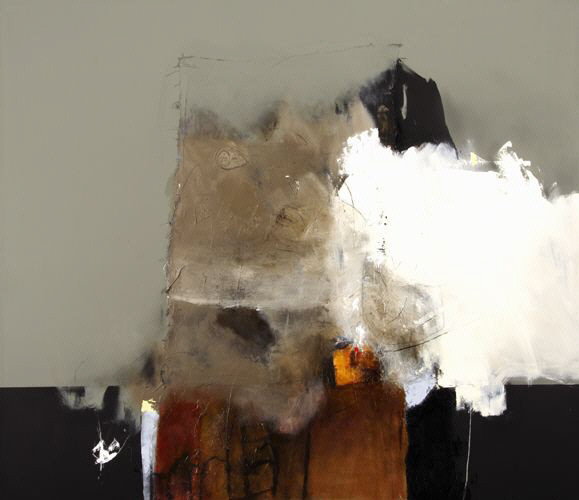 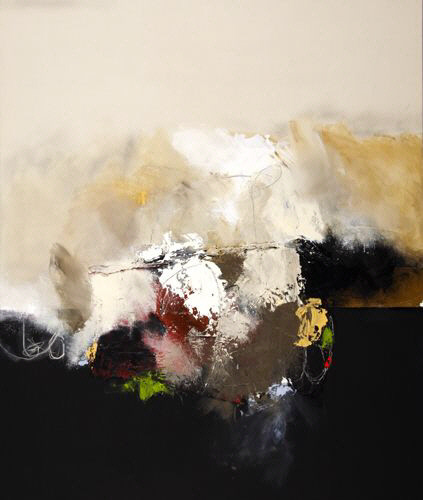 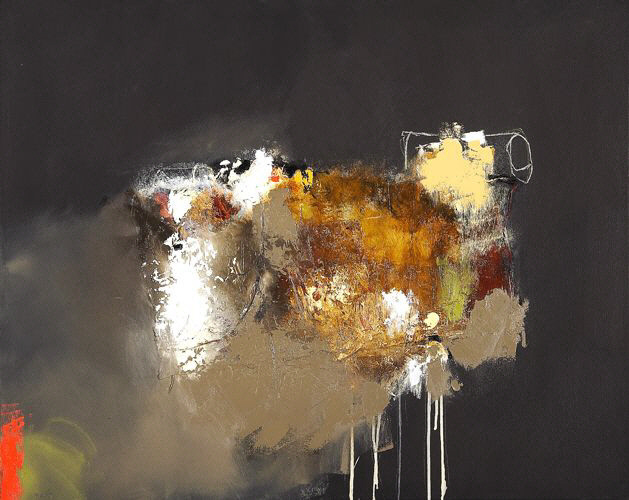